An oft uttered phrase in newsfeeds, Facebook™ posts, and YouTube™ rants about the millennial generation revolves around their seeming devolved expectations of the world and entitled behavior. Most commonly they are stereo-typed as always desiring recognition for even the smallest of efforts, complaining about the smallest of inequalities, needing instant gratification and a having a general lack of empathy for others.  It is this last trait especially, which I would like to address and offer a different perspective.

Having a millennial daughter, myself, I am well versed in the Harry Potter and Twilight series, snap filters and insta-stories.  Many an evening we’ve been home together, and she is face down in her smart phone “talking” to friends, some of whom are thousands of miles away on entirely different continents.  She can find the answer to mathematics problems online faster than I can read the problem.  We can order groceries or takeout for delivery and never have to leave home to have a hot meal. If someone she is connected to online in some way hurts her feelings or wrongs her in some way, she can delete, block, or report them. In many ways as disconnected as she is connected.

I would like to offer to you today however, that this millennial generation may not in fact suffer from a lack of empathy, but rather… too much of it.

Empathy is the ability to share the feelings of another¹.  Different from sympathy, empathy puts you in the other person’s shoes, to feel what they feel, to suffer as they suffer.  Empathy can be a beautiful emption to share when the feeling is positive and full of light.  It can also be overwhelming when it’s too much or full of deep, dark emptions or rage.  In fact, a new diagnosis has surfaced called Extreme Altruism or X-Altruism, sometimes called the hero’s disease². Those who suffer will work hard to help others even when it causes them to suffer in some way to do so.

Rates of depression, anxiety, and suicide are on the rise³ but oddly enough, so are employment rates, home ownership, and use of vacation time⁴.  Millennials are seeking flexible work environments, hours and better company cultures to find the ever-elusive work/life balance. With the increase in connections to a more global world, one of the natural side effects is an increase in the exposure one may have to poverty, abuse of people, abuse of power, corruption, and the morbid realities of 7.6 billion people all trying to make their way in the world and not always successfully doing so.

It is a reality for this generation that they’ve taken on higher rates of student loan debt, maintain higher debt to income ratio due to lagging inflation of wages versus housing costs⁵, and are now navigating a world and workforce that finds them lazy and ungrateful. Add into that a social network where those we care about suffer misogyny, indecency, and injustice in full color and backlit on our devices 24 hours a day. All these factors can make it hard to maintain a bright and sunny disposition.  This does not detract from the hard ships other generations have faced by any means but never have we been as inundated as we are today with messages which contradict and such high levels of violence and aggression.  They existed before, but they went largely undetected and unseen by the connected majority.

Being so connected has us tethered to the worlds our friends, families, and acquaintances live in and they to ours. When someone in our network suffers, we see it blasted on our smartphone screen, see the tears in the skype window, or the breakup tweeted for hours… and retweeted for days. Our loved ones suffer, and we suffer right along with them…. And their 500 friends or followers. We see it, in all it’s social media glory, and yet, can rarely offer any more than kind words because the demand on our time is the same if not greater than our parents, due to a greater number of the millennial generation working multiple jobs to stay afloat. The workforce is working more hours on average, longer commutes are on the rise, and have just as many if not more demands on our time than in recent decades.  We rarely take the chance to act for our friends or to help them find a way out of the suffering.  We can’t break free from the struggles because of our connections and thus we continue to suffer until the good times can’t bring us out of it any longer.  They suffer, so we suffer. And the coping mechanism is to simply withdraw; to reduce our connections will reduce our suffering. Previous generations were not so acutely aware of the sufferings of others on such a large scale.

This retreat then has the opposite effect. Less connection means just that; less chance for suffering, but also less chance for the joy that comes with sharing life with other people.  Without those connections we suffer alone, and it can become a spiral that is difficult to overcome. On a global scale, because we have been able to bridge to distance between ourselves, we find causes that we want to take on to end suffering for others. And yet again, we suffer because we perceive that we are unable to affect change in any meaningful way.

I don’t believe that the millennial generation is, by and large, an unhappy group of young men and women. I believe that they have more empathy because of their exposure to more stories of hope and suffering than generations before them.  The advance of technology in our everyday lives can’t be a benign experience and thus we take for granted this new way of experiencing the world. Too much empathy, I believe is the real culprit in today’s seeming more depressed culture, not the lack of it.

A fun relationship coach supporting both the LGBTQ and hetero-normative community from first glance to last dance and all the fun in-betweens. Click here to learn more about Heather. 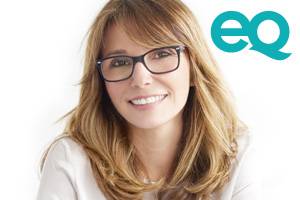 Are you a life coach or mentor?